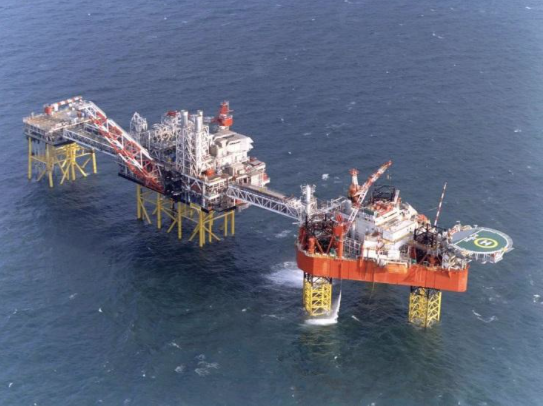 NRC provided successful operations onboard the Douglas Platform for ENI/BHP Billiton. NRC Environmental Services UK were invited to provide a proposal for the cleaning of various vessels onboard the Douglas Platform, located in Liverpool Bay. The proposal covered the cleaning of 12 tanks and vessels with the waste being returned to NRC’s Waste Treatment facility for processing.

On the Award of the works NRC presented the client with approved Method Statements and Risk Assessments for each of the vessels being cleaned. Following approval equipment was then mobilised to the platform, followed a few days later by six personnel who were split into Dayshift and Nightshift to carry out the cleaning works on a continual basis.

As per NRC’s policy of cleaning vessels with the minimum of confined space entry, as much of the heavy waste was removed from the vessels as possible before manned entry took place to HP Jet or Hot Wash the internal surfaces to remove remaining residues and dry the walls and internal surfaces with rags. All of the waste and washings resulting from the project were transferred into NRC’s waste skips and transportation tanks and returned to our waste treatment facility for treatment and disposal.

Any hard scale on the internal surface of the vessels was removed by HP water jetting and where the surface didn’t have a specialist coating applied, scrapers were used in conjunction with a Hot Wash as this allowed quicker set up of the equipment, caused less fatigue on the operator, was safer and the heat provided by the hot wash lifted oily residues from the walls of the vessels easily. All of the vessels were successfully cleaned to the clients required specification.

During the project there was no NORM Contamination noted throughout any of the vessels although high levels Benzene were initially present suitable venting of the vessels being worked and the appropriate use of the correct PPE and RPE meant that the risks associated with this could be reduced to as low as reasonably practicable.

The client had initially thought that there would not be any heavy waste present in the vessels although after they had been opened for venting it was found that there was a substantial quantity of Heavy Oil Residues and Sand in the separators which necessitated NRC to mobilise a Vacuum Unit at very short notice, NRC’s team of skilled engineers managed to meet the clients deadline for the transport of equipment to the platform which resulted in no downtime being caused, ensuring that we could remain on schedule and eventually finish the separator cleaning sooner than anticipated