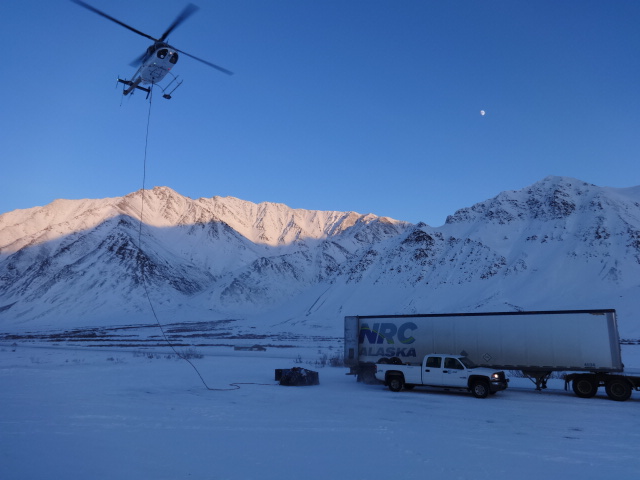 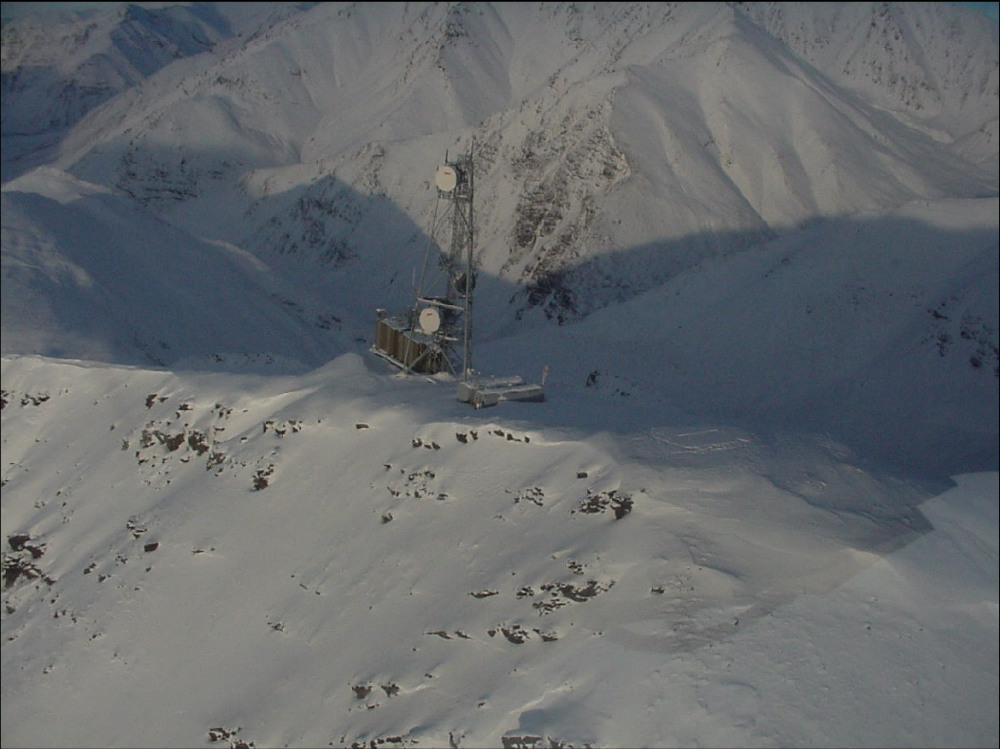 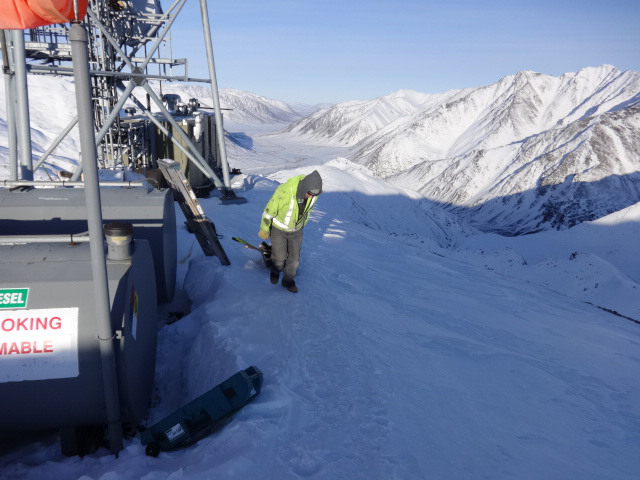 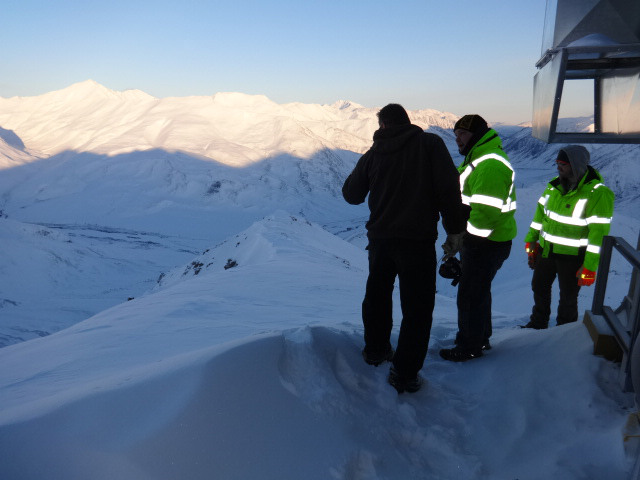 NRC Alaska was called to respond to the site of a diesel fuel spill located in Atigun Pass deep in the Brooks Range. AT&T’s Repeater Facility Site is 236 miles NNW of Fairbanks at Mile Marker 250.7 James Dalton Highway.

A 3-man crew from NRC Alaska responded to the remote site by helicopter during the week of February 15 2016. The response crew was prepared to face significant risks and challenges, including:

The spill of 100-120 gallons of diesel fuel originated inside the building and leaked out at the northeast corner. In order to remove the spilled fuel from underneath the structure, NRC staff mined out an entryway under it due to limited space between the bottom and the ground surface.

The 15 yards of contaminated soils removed from the site was packaged into 30-gallon drums in an effort to control the weight distribution and improve handling. The helicopter can carry only 2 workers and 300 lbs. of equipment (or sling 1,500 to 1,700 lbs. of equipment) at a time from the road to the top of the mountain where the site was located.

NRC Alaska completed the response in 4 days without incident. Gross contamination was removed, packaged, transported off the site and properly treated and disposed of at NRC Alaska’s Anchorage facility. The site was covered with sorbents, boomed, covered with a layer of poly sheeting and then secured with plywood to hold over until summer.